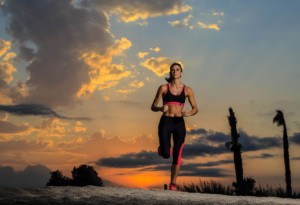 Getting ‘High’ On Your Own Supply

By Ben Thomas Earlier this month, researchers discovered that at least part of the euphoria that comes after a strenuous workout — runner’s high — is due to endocannabinoids, the body’s self-produced counterparts to some of marijuana’s mood-enhancing chemicals. The finding overturned decades of conventional wisdom claiming that natural highs come from endorphins, the chemicals that became famous in the